A beginning for vehicle sharing in Sarasota 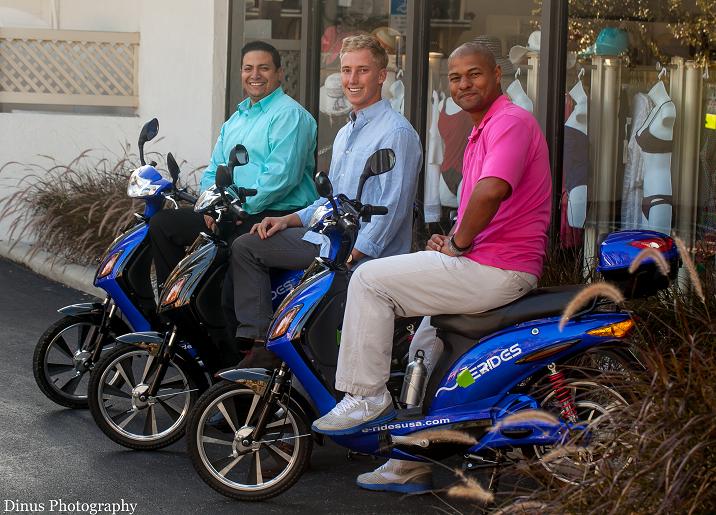 Are Floridians, most of whom live amid suburban sprawl, doomed to own a car?

Bus services, taxis, car rental companies and bicycles are longstanding alternatives. Add to them such Web-enabled companies as the Uber taxi service, newly arrived in Southwest Florida but successful elsewhere.

Residents and guests in Anna Maria Island and other communities often get around with golf carts. We can rent all manner of vehicles, including Segways and electric bicycles.

But some cities have seen the development of vehicle-sharing services, from Zipcar to New York City’s Citi Bike, that allow people to unlock a vehicle, use it for as long as they need it, then lock it up where someone else can use it.

Sarasota now has a small start on vehicle sharing, with the launch of E-Rides USA.

It’s a new company that on Saturday began allowing people to reserve one of its electric bikes at E-RidesUSA.com, where they are given a code they use to unlock an electric bicycle and use it for $30 a day, then return it and lock it up again until they or someone else wants it.

The company’s locations for pick ups and drop offs are at two Swim City stores, at 1960 Stickney Point Road and at 50 N. Tamiami Trail in downtown Sarasota. They are starting small, with only eight of the 20-mph electric vehicles, but plan to expand. The bikes have a range of 25 miles and come with a charger for multiday users.

The company’s proprietors, according to a news release, are Felix Okoro, who has experience in hospitality and transportation, and Lester Benavides, who owns West Florida Sedan, a taxi service that is more tech savvy than most.

They are working with Tommy Johnson, whose family owns Swim City.

“E-Rides USA is a great fit for us,” Johnson said, according to the news release. “This venture is an exciting way to keep an established business like ours fresh and relevant.”

E-Rides USA also has a a display with information about it at Sarasota-Bradenton International Airport.

“To my knowledge, no one else in the country has a business quite like this with our e-commerce component,” Okoro said.

E-Rides might not free Floridians from car ownership, but it’s nice to see the beginnings of another alternative.