Don’t Call Them a 55-Plus Community 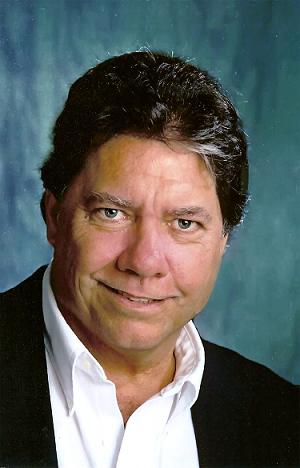 Originally from Fond du Lac, Wis., Joe Hayden — an avid fan of the Green Bay Packers professional football team — has worked in housing-related careers since the early 1970s in Chicago and New Orleans. He moved to Venice in 1985 and got his real estate broker’s license seven years later.

After 15 happy and productive years with ERA Preferred Properties of Venice, he made an amicable change in May 2013, joining RE/MAX Platinum Realty. He concentrates on Venice and the surrounding communities as his “paydirt.”

Correspondent Chris Angermann interviewed him at the RE/MAX office in Osprey about one of his special areas of expertise — the 55-and-older market.

Q: Aren’t those age-restricted communities a thing of the past?

A: Sure. When I grew up, you referred to the older generation as “golden agers,” and 55-and-older communities were a popular concept; like something designed in the 1960s by Del Webb in Sun City. You’d see a lot of three-wheel bicycles, and everybody’s got a golf cart. But now it’s happening again, with communities like The Villages near Ocala. The phenomenon is relatively new. We’re four to five years into it, and it is going to go on for another 15 years.

A lot of people want 55-plus communities, but don’t use that term anymore. It’s been replaced by “active adults” and “age-targeted.” Even the major developers don’t want to put the old tag line out, because most of their communities are designed for people who don’t think of themselves as old. They offer the kind of amenities buyers want — sidewalks on both sides of the street, pet friendly, an active community clubhouse, and resort-style homes.

Q: Who are these buyers?

A: The retiring baby boomers — almost 80 million people between the ages of 49 and 67. They’re living longer and want a healthy lifestyle and none of the hassles that homeownership can bring.

They say, “My kids are grown or in college. One day, I hope they can support us, but at this point we don’t want to have to worry about the lawn and landscaping, or have to look out for a kid on a Big Wheel when we’re backing out of the driveway.”

They’re looking for gated, if they can get it; maintenance-free; and the social aspects. Every one of these communities has a mixer on Friday night. Gyms are a big draw. There are resort pools and workout facilities that will rival any YMCA in the country, as well as tennis and pickleball courts, organized aerobics and Pilates; plus calendared events — card games, bingo, mahjong, trips to gambling casinos and other places.

Q: Are these communities concentrated in particular areas?

A: The ones that fit those criteria are not as numerous as you might think. If you’re looking for gated communities, 55 and older, there are probably only about 60 of them in Florida; in Sarasota County, just five. Or else, they’re manufactured home communities — trailer parks — which are all age restricted.

But there are a lot of other communities that are marketed or “age-targeted” toward those consumers, for example, semi-public golf course communities. You don’t’ see a lot of kids tooling around on bicycles there.

A: No. Adults under the age of 18 cannot stay longer than 30 consecutive days. That doesn’t mean that there aren’t kids and grandchildren; they’re welcome and fun to have around. And there’s wiggle room. I was in a community where the deed restrictions said a dog could only weigh up to 25 pounds and not be taller than 14 inches at the shoulder, but I saw larger dogs. When I mentioned it to one of the residents, he said, “Those dogs don’t bark.”

Federal law says that in an age-restricted community, 80 percent of the residents have to be 55 or older; 20 percent can be younger. I’ve had couple of teachers in their early 50s from Pinellas buy in one of these communities now. They come down here for weekends. They figured if they wait 10 to 12 years until they retire, they wouldn’t have the same enjoyment and probably couldn’t afford it.

I’ve had people come here from all over — Hawaii, Colorado, California and Texas, and a lot from North and South Carolina (it gets cold there). It’s an old dream — to retire to Florida — and still going strong.