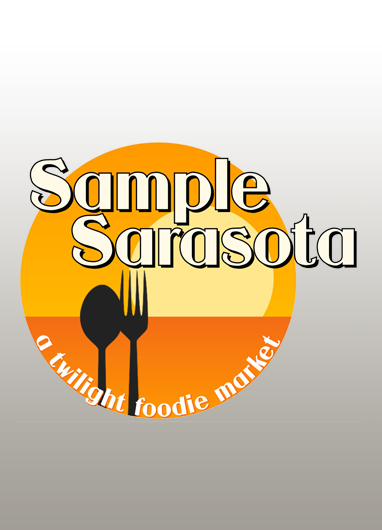 Looking to graze on locally produced foods away from the punishing heat of a daytime farmers’ market? Me too. Sample Sarasota, a new “twilight foodie market,” launches this Thursday evening at downtown Sarasota’s Mandeville Beer Garden. It’s right up your alley, and mine.

“I was looking at Sarasota, and it has a lot of things going on—Lobster Fest, Winefest—these large-scale things happening, but fewer grassroots food movements happening,” says Christopher Austin, who’s organzing the new event. “Why not have a more regular, monthly type of foodie market in a funner atmosphere than going to a farmers’ market?”

The model has worked at Bradenton’s Darwin Brewing Co., where Geraldson Community Farm hosts a monthly Friday evening outdoor food fair called the Local Evolution Craft Market. People passionate about local food gather, sip brews and (hopefully) purchase items like sweets and canned goods from local purveyors. The best aspect of the more chilled-out atmosphere is the opportunity you get to chat with local food makers, who turn out to be awfully cool people. Mandeville’s open-air patio should prove to be an ideal meeting ground.

As of press time, a final list of vendors wasn’t available, but Austin lists off some of those who have confirmed. Slow Foods Kitchen, a raw foods vendor, is participating, as are Sunshine Canning, which makes local pickles, jams, jellies and more, Sugar Cubed, a creative bakery located in Bradenton’s Village of the Arts, and many others. Check the Sample Sarasota website for a final list, if you’re curious.

“Sample” in the title isn’t just a metaphor, either. Most participants will be offering a free chance to try their stuff. Some of the participating farms won’t have food on hand since they’ve gone dark for the summer, but they will be on hand with info about their products. The event is a joint project of Geraldson, the Central Sarasota Farmers Market and Edible Sarasota magazine.

Two market evenings have been scheduled so far: the one this Thursday and one next month, on Aug. 27. Austin says the idea is to make the event an ongoing occurrence, but he wants to make sure these first two draw a crowd. I hope it does.

This is the 74th entry in Eat Near, a regular column dedicated to all the lovely food that folks on the Suncoast grow, raise, kill or craft. If you have an idea for someone/thing to feature, email me at eatnearsrq@gmail.com or hit me up on Twitter: @LeveyBaker.