For Sale: Southern Charm in Palmetto 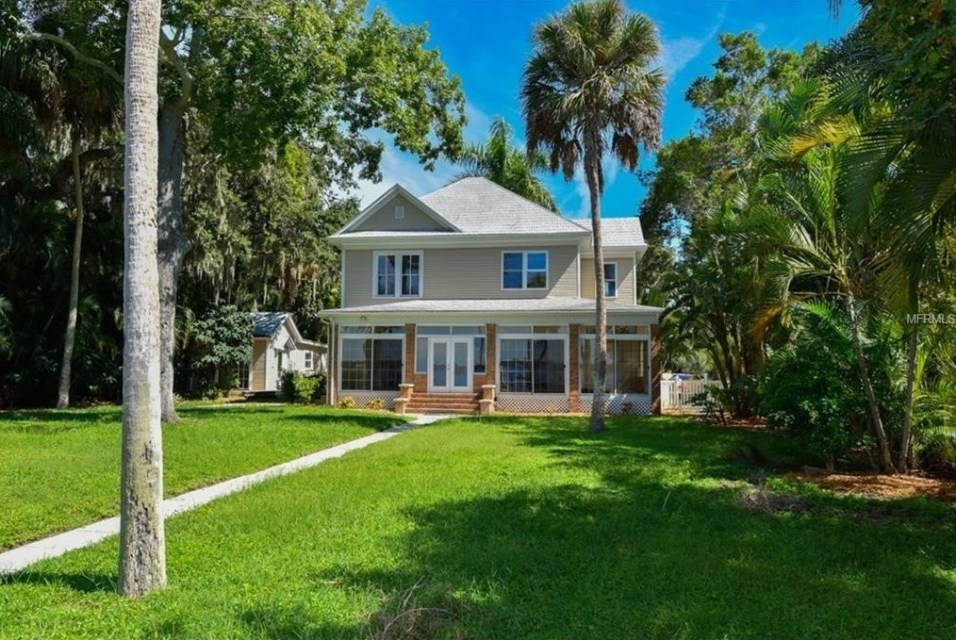 This week, Robert Plunket takes us inside a charming waterfront house in Palmetto that’s rumored to be a Sears Kit home from the 1920s.

When it comes to charming old Southern towns, it’s Palmetto that wins first prize, far outstripping Bradenton right across the river. Palmetto’s claim to fame is the various big old houses right on the water. One of the nicest has just come on the market.

It’s reputed to be a Sears Catalog house, one of those homes you ordered back in the 1920s from Sears Roebuck and they shipped to you in pieces. Modest middle class homes originally, they are highly prized today by old house enthusiasts. I think it more likely that a part of this home may have started life as a Sears house, as no Sears house was ever this big—it’s 3,248 square feet.

And it very much lives in the present day. It’s got three bedrooms and three baths in the main house (there’s a little guest house out back), plus several offices and a big enclosed sun porch facing the river. Many original details are still there, nice moldings and baseboards, and the original hear of pine floors. There are also some very nice art glass windows installed by a previous owner.

It’s set on almost a half an acre and has mature vegetation plus a sensational lawn that runs down to river–90 feet of frontage. Many of the immediate neighbors are from the same period and the location is in the center of the Beautiful Old Homes section of Palmetto. It’s an easy commute to Sarasota, and almost as easy to St Pete, where families are coming from who appreciate not just the atmosphere of a small town, but the genuine article.