From Sarasota, to Afghanistan, to New York City TV Studio 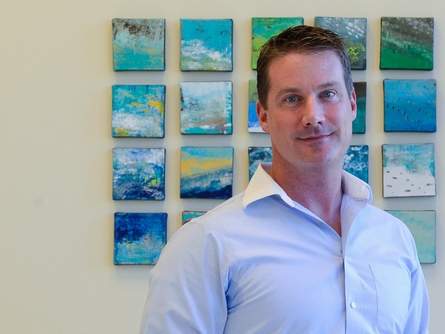 As John Wilcher laid sleepless in his Army bunk not far from areas of Afghanistan pockmarked by bombings, he could think only of a promise he had made his daughter two years earlier.

Wilcher didn’t know if he would ever see his family again — but he had vowed to his little girl he would return home safely.

Now a Realtor in Sarasota, his combat deployment stands in stark contrast to a recent crowning achievement.

Nearly penniless after the real estate market collapsed in 2007, Wilcher turned to the Armed Forces as a way to support his family.

But his story after his return also propelled him to the top of a global contest that sent him to New York City this month to meet the star of Bravo’s reality TV series “Million Dollar Listing” — Wilcher’s hero in the business.

“I laid it on thick and just told my story,” Wilcher said. “Hundreds and hundreds of people applied — and I was one of about 20 to be selected.”

Wilcher began his career in law enforcement, working as a police officer in Lexington, Ken. There, he was involved in the largest crack cocaine arrest in the city’s history and spent time undercover for both the Drug Enforcement Agency and U.S. Marshall Service.

He moved to Florida with his girlfriend — now his wife — in 2001 to forge a life in Sarasota.

“They say when you move down to Florida, you get two things: Your driver’s license and your real estate license,” Wilcher said. He did both.

Like many agents in Southwest Florida, Wilcher enjoyed the rise to a bubble that drove prices to record-highs and spurred a feeding frenzy among buyers.

He was earning six figures in commissions, owned a nice home and began raising a family. But when the market suddenly crashed six years ago, Wilcher stood to lose it all.

That potential pushed him, at age 38, to join the Army. His two years in Afghanistan made the housing market back home seem not so hostile.

“I used to just lay in that bunk and dream of getting home alive,” he said. “If it wasn’t for that promise, I would not have gotten out.”

Wilcher returned home in 2011 — just in time for Christmas.

Although everyone he once worked with cautioned him to stay out real estate, Wilcher just couldn’t fight the urge to get back into the business.

He had enough savings to last about 90 days. In a job where the earnings are based solely on commission, that meant he had to land some deals — and quickly.

His career has steadily improved since then. This year, he’s been a part of 29 transactions valued at $5.8 million with Dwell Real Estate, a boutique brokerage in downtown Sarasota.

That helped garner the attention of TV producers, too.

Wilcher has always been a big fan of Fredrik Eklund on the Bravo TV show “Million Dollar Listing.”

The series host, who has sold billions of dollars of real estate in the Big Apple and owns 11 successful companies worldwide, recently launched an online forum offering Realtors around the globe a chance to learn from him.

Wilcher signed up, and when the group organized a contest to meet Eklund, Wilcher immediately applied.

The contest judges were touched by Wilcher’s story, and chose him to spend several days this month riding around Manhattan with Eklund, viewing properties he has listed and discussing his business strategies. Wilcher was wined and dined, and was on the set as the show filmed an episode inside one of Eklund’s luxury Tribeca penthouses.

“To be sitting right next to your hero in the business was pretty amazing,” Wilcher said. “He’s the best of the best.”

It was the proudest moment of Wilcher’s career but, all the while, he reflected on the journey and the promise that got him there.