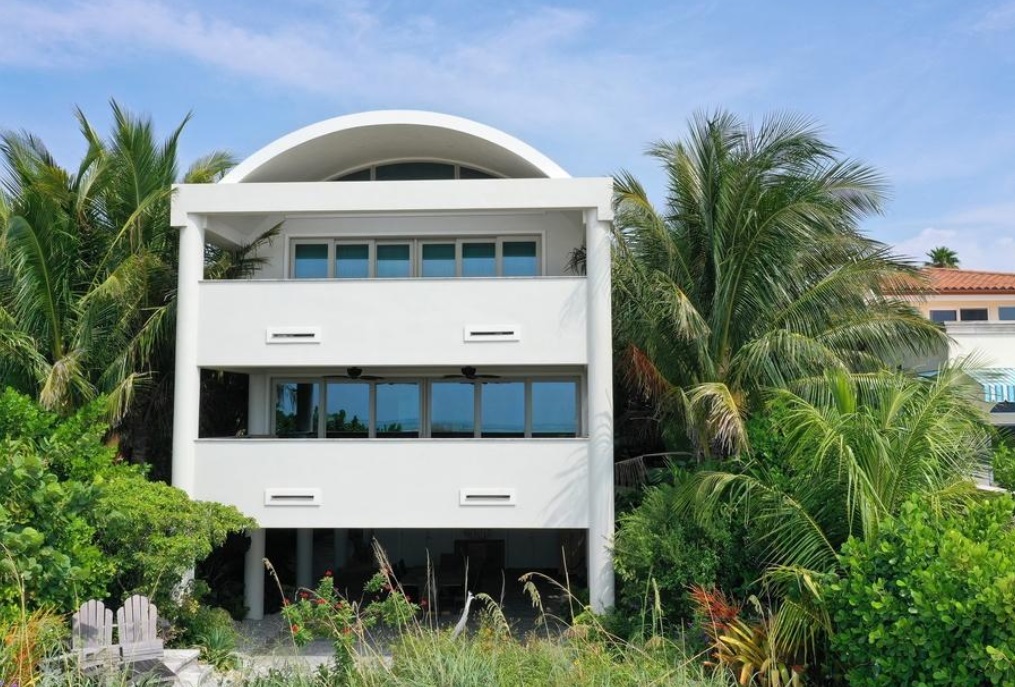 There were very good reasons for George Emerson Bean to pick the northern tip of Anna Maria Island for his 160-acre homestead in 1892. Surrounded by the clear blue ocean with spectacular sunsets, rich fishing waters and easy access to Tampa Bay, the location combined commercial opportunities and natural beauty.

Although Bean started to develop the area, he lived only six more years and it fell to the next generation to create the community of Anna Maria. Bean’s son and Charles Roser, a wealthy businessman and inventor of the Fig Newton, started Anna Maria Beach Land Company in 1912. They laid out streets, created a water system and established homes, schools and churches.

The homestead became known as Bean Point and is one of the most exclusive and beautiful places on Anna Maria Island. Bounded on the east by North Shore Drive, most of the area is covered with pristine white sand, coastal grasses and stands of Australian pines. A variety of palm trees — Royal, Queen, Washingtonia, Cabbage, and Canary Island Date — line the main road.

“It’s a romantic spot, a magic place,” said Cindy Quinn, a realtor with Re/Max Alliance. “My husband proposed to me there.”

Bean Point has always been somewhat off the beaten track. Until 2010, sea water came up to the houses in the southern portion, and the only way to get to the beach was by car. “They refurbished the beach and a storm deposited a lot more sand,” Quinn remembered. “Now you can walk there from the Sandbar Restaurant, and it has become more popular.”

Still, the area remains quiet and secluded, compared to the rest of the island. The beach continues to be pristine — there are no lifeguards, gazebos, public facilities or parking lots. With only a few spots for cars along the road, visitors walk or bike to the beach entrances at the T-intersections of North Bay Boulevard, Gladiolus Street and Fern Street with North Shore Drive.

Although some of the older cottages and ranch houses have endured, a good number have been replaced by two-and three-story, million-dollar homes along both sides of North Shore Drive. Designed to fit onto the narrow lots, they display a wide variety of architectural styles, including contemporary coastal, Key West, post-modern and Florida contemporary. Many have balconies and metal roofs.

One of the most unusual residences, locally known as the “Shell House,” is currently for sale at 799 North Shore Drive. Originally built by a wealthy businessman for his wife, the modern structure had just one bedroom which took up the whole upstairs, with glass everywhere to take advantage of the stunning, panoramic view.

In 2013, Paul Schulz, a landscape painter and wildlife photographer from Winter Haven bought the property. “He had dreamed of owning the house ever since he had seen it as a youngster,” said Quinn, who was the realtor for the transaction.

Schulz is also the creator of the Outback Oasis, a 10-acre nature park in Winter Haven for weddings, private parties and fundraisers that includes an animal habitat the size of a football field. “He actually brought one of his kangaroos to the house in Anna Maria and drove around with it in his car,” said Quinn with a smile.

Gutting the interior of the Shell House, Schulz nearly doubled it in size to 4,300 square feet. Moss Builders, a custom home contracting firm on Anna Maria Island, did the work. The home now has four bedrooms, four bathrooms and a spacious art studio that can be used as another living area or media room. There are also six covered parking spots on the ground floor.

“The outside remained as it was — the shell is still visible — but it’s different inside. Everything is brand-new,” Quinn said. “With poured concrete pilons, it’s also very solid — one of the few buildings on Anna Maria whose basic structure is 100 percent concrete.”

The asking price is $4.195 million, turn-key furnished, and includes some of Schulz’s art work.

About 70 percent of the residents of Bean Point are second and third homeowners, many of them snowbirds who spend only a few months there during season. They like Bean Point’s tranquility and sense of privacy.

There is no homeowners association and no fees.

According to Quinn, home values in Anna Maria are 20 percent higher than in the other two communities on the island — Holmes Beach and Bradenton Beach. Currently, there are nine homes for sale, ranging in price from $1.15 to $4.195 million. The more expensive properties, starting at $2.85 million, lie directly on the beach.