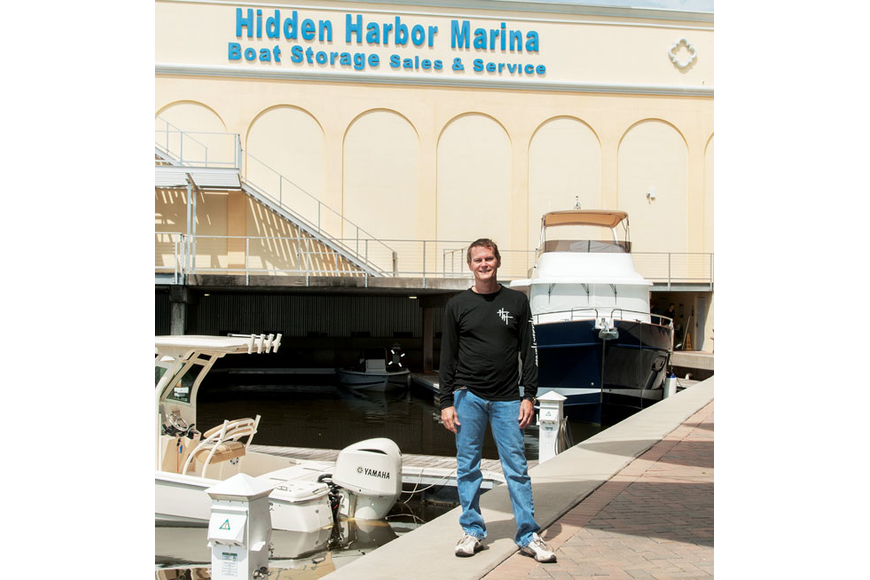 Head south on Tamiami Trail from downtown Sarasota, and you’ll pass by all kinds of commercial properties. What you might not realize is many of them have been bought, renovated and often sold by local commercial real estate investor Rodney Dessberg.

Dessberg moved into commercial real estate in the early 1990s, when the first Gulf War caused a slowdown in his other business venture. At a young age, the Pine View School dropout had gotten into the Jaguar spare parts business. He eventually expanded into selling pre-owned luxury cars, launching Thoroughbred Motors in 1982 in Sarasota.

Interest in exotic cars ran high until the Gulf War slowed spending. “You couldn’t sell cars anymore,” he says, “so I went into real estate.”

He remembers sitting in the office of a prominent local attorney and being asked if he truly knew what he was doing. “I was buying real estate when nobody else was,” says Dessberg. “But my response to him was, ‘I can get a 20% return on real estate. I can’t do anything in the car business. And I can buy real estate at a fraction of what it’s worth. So why not?’”

Some two decades later, Dessberg’s bold move has paid off. Consider some of his returns, a list that includes these deals:

“He’ll tackle something someone else will just look at and say, ‘That can’t be done.’ And he’ll get it done,” says Bruce Younker, a real estate broker with Keller Williams in Lakewood Ranch who has worked with Dessberg for about 10 years. “He’s smart, he’s decisive, and he thinks outside of the box.”

He started off buying properties near Thoroughbred Motors on U.S. 301, including a vacant piece of land and a storage complex down the road. When he sold the storage complex, he did a 1031 exchange to defer capital gains taxes and reinvest the proceeds in the building that’s now home to Fleming’s. And from there he just kept investing on Tamiami Trail.

“My modus operandi was I would buy a piece of property, improve it, get it tenanted, and then sell it and use those proceeds to buy one or two or three more properties,” says Dessberg.

That approach was working well for him — until he stopped doing it for some reason during the economic downturn, when he was actually predicting a depression.

“I didn’t drink my own Kool-Aid, and I didn’t sell,” he says, “because I had national credit tenants. Who would expect them to go out? But they did, too. So I rode the wave down, too.”

Adds Dessberg: “That was my biggest mistake, stopping that [approach]. I was a contrarian. I always did everything differently. When people were buying, I would sell.”

Now, Dessberg says the capital gains tax rate is too high for him to sell unless he has something else to buy. He’s hoping a Republican tax reform plan gets passed to make selling properties more financially appealing.

Dessberg is taking the contrarian route, too, on a new strip center he’s building on the South Trail near Stickney Point Road. For one, the focus is on national companies or local businesses with a proven track record. And he’s limiting how many food concepts he’ll lease to because those tenants use a lot of parking.

“Usually you try to get the tenants to fill up the space before you build it,” says Dessberg. “We’re actually doing the opposite because of the pent-up demand for good retail space. We’re not pre-renting everything. We’re being very selective in who we pick.”

Tamiami Trail in south Sarasota, for one, looks a lot more appealing than it did in the past, and that’s partially thanks to Dessberg, say some area brokers. “He’s refaced Tamiami Trail,” says Chuck Palmeri, a longtime local real estate agent with Re/Max who has worked with Dessberg on some of his purchases and sales. “All of those buildings were a mess, and he cleaned them up and made them very attractive. He can look at a piece of property and envision what could happen to that property that would make it more valuable and usable.”

Take the Hidden Harbor Marina. Something of a labor of love for Dessberg, it took him years to transform the beat-up marina into a modern facility. While working on that project, he chose to avoid the rack-a-minium route a lot of other marinas went during the previous building boom. The marina has reopened, and a local restaurant is coming soon.

Dessberg says he was courted by several restaurant groups for that space — and almost closed the deal with Sloppy Joe’s out of Key West before realizing it wasn’t the right fit. “It’s a family-friendly marina,” he says. “So you don’t need a bar there.”

Dessberg is also an outspoken voice in Sarasota for relaxed codes, which he says would make redevelopment less onerous and more achievable.

“He goes to the county with these projects and he kind of drives them crazy,” says Younker. “He’s always got something that’s a little different. He tackles the hard stuff, and he makes it work.”

“You try to use different methods to improve the property,” says Dessberg. “I’m dealing with a piece of property that’s already been improved. And I’m trying to make the site better than it was before.”

Not every venture has been a success. He bought the Cabana Inn on Tamiami Trail in Sarasota more than a decade ago, for example, and ever since he’s been dealing with opposition and hurdles to its redevelopment. The property has seen better days. It seems like a no-brainer for a Dessberg-style facelift.

“When I bought it I thought it would be perfunctory, that everyone would be behind it,” says Dessberg. “But the opposite has been the case.”

He’s optimistic something will eventually move forward there, though, especially since Sarasota Memorial Hospital officials have spoken out in favor of having more hotel rooms located nearby.

The road ahead Dessberg also hasn’t given up cars, despite his active real estate business. You can still find him at Thoroughbred Motors, and he has plans to move his auto business to a bigger site he bought on U.S. 301.

On commercial real estate, in addition to the strip center near Stickney Point, Dessberg is redeveloping a site on Clark Road for more retail space and building a storage facility on Tamiami Trail in Osprey.

He also has his eye on another marina, and hopes to one day even have a chain of marinas. “Access to the water is shrinking,” he says. “Most municipalities will permit a condominium before they’ll permit a marina. But that’s actually the inversion of what Florida should be. People move here for the water. So I’d ideally want to acquire more.”

For now, he’s in wait-and-see mode, both when it comes to selling any of his existing properties and buying more. “I’ve learned that if someone makes you a reasonable offer, you sell,” says Dessberg. “Real estate’s not something you jump into. The opportunities present themselves.”